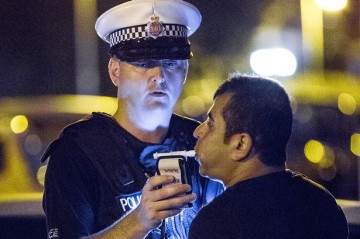 Police Forces throughout the country have launched their annual Christmas drink-drive campaigns. Thousands of drivers will be breath tested at all times of the day and night. As well as drink drivers, officers will also be looking for drug drivers.

Some tests will be conducted first thing in the morning to target “morning after” cases.

Figures issued by the Association of Chief Police Officers (ACPO) show that last year, over 170,000 drivers were tested by police officers, with nearly 7,000 arrests made- almost 4% of those tested.

Greater Manchester Police, one of the country’s largest forces, say they will be targeting motorists “around the clock” throughout the month.

Cheshire Police have announced a similar clampdown on drink driving and drug driving.

Since 1st December, they have made multiple arrests for drug driving, with five people arrested in Cheshire on 1st December alone.

Other police forces will be running similar campaigns.