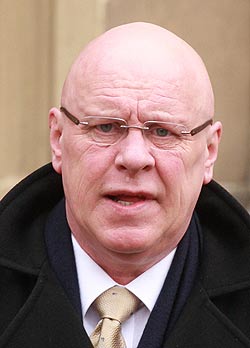 Peter Barber-Fleming from Dunblane is a TV director of popular shows including the Taggart, The Bill and Poirot. Mr Barber-Fleming was more than twice the legal alcohol limit when he was caught for the forth time.

He admitted driving with no insurance or licence after he was was originally banned from driving for 5 years in 2012. When caught in March 2012 for drink driving he said: “I won’t be driving again. I know I put people at risk, this could ruin my career”.

Colin Dunipace, his solicitor said: “He pleads guilty. My Lord will see a certain pattern to the offending. I think this is a case where background reports will be needed. He is under a period of disqualification.”

Stirling Sheriff Mark Stewart has delayed sentence until 9th October when Peter Barber-Fleming will be sentenced for this “worrying pattern”.

If you are charged with drink driving, driving with no insurance or driving whilst disqualified, get in touch with our team on Freephone 0808 250 7476

Click to find out more about our Motor Offence services