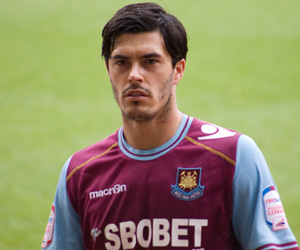 A Premier League footballer has been charged with assaulting a police officer following an incident at an Essex night club.

Mr Tomkins was arrested and later charged with assault, resisting arrest and being drunk and disorderly.

He was released on bail and will appear at Basildon Magistrates’ Court in the new year on 9 January.

Earlier in the day he had played against Manchester United at Old Trafford.