The M.E.N. have been reporting on crash between an Audi, allegedly driven by a Premier League footballer and a cyclist, in Hale

Naturally lots of witnesses took photographs of the smash between the pair and shared these on social media. These images then went viral when Olympic cyclist Chris Hoy retweeted it to his 500k followers. 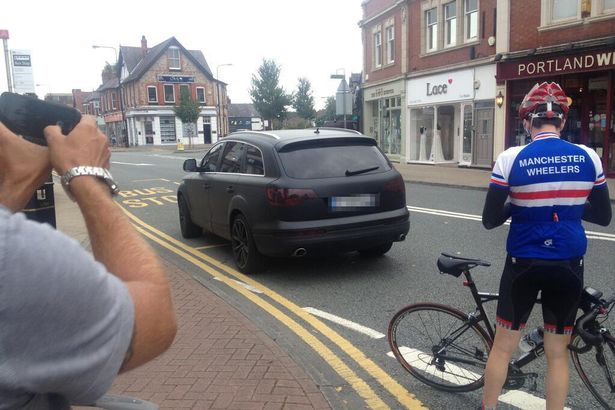 The 38 year old cyclist claimed that the Audi R7 driver said he hadn’t seen the cyclist before strolling to a cash point “bragging that he would never be traced because it had foreign number plates.”

The cyclist was left with cuts and a concussion before contacting the police. Greater Manchester Police say they are attempting to speak to the driver.

Police Inspector Laura Burgess said that: “The driver failed to stop at the scene and we are making efforts to identify, trace and speak to him”. Because the cyclist only sustained minor injuries the Police claim they wont be able to trace the foreign registration of the driver.

If you have found yourself charged with failing to stop or a driving offence, get in touch with our team on Freephone 0808 252 7395

Click to find out more about our Motor Offence services