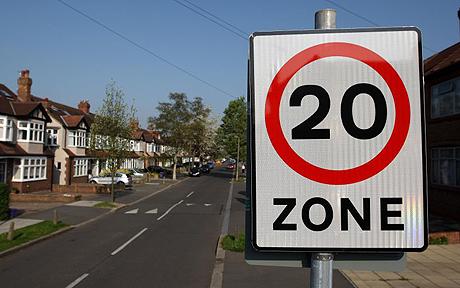 A police force has admitted it has wrongly fined ‘speeding’ motorists after a clerical error meant the speed limit was never officially lowered on part of the A378 in Fivehead, Somerset.

Avon and Somerset Police face having to cancel hundreds of tickets after a motorist who had been fined for breaching a 30mph speed limit on the A378  successfully overturned his fine.

He discovered that the Traffic Regulation Order (TRO) used to lower the speed limit from 40mph in 2015, had incorrectly referred to an adjoining road as Church Road. In fact, the road was unnamed on all local maps

Therefore the speed limit was never legally lowered to 30mph – meaning hundreds or even thousands of motorists had been wrongly fined over the last three years.

Avon and Somerset Police has now cancelled all outstanding tickets, and is seeking legal advice on others.

It is likely that many motorists will already have been fined or got points wrongly after the enforcement of the 30mph limit on that part of the A378 since 2015. Motorists who were doing 40mph or below could now appeal.

A spokesman for Avon and Somerset Constabulary said: “Police stopped enforcing the TRO on the A378 at Fivehead as soon as we were made aware of an issue and have cancelled all outstanding tickets.

“We are currently seeking expert advice on the issue of fines which have already been paid.”

A spokesman for Somerset County Council said it was “aware of an error with the TRO for the A378 at Fivehead” and that work was underway to amend it.

Although errors like this are unusual, they can – and do – happen. This case therefore illustrates the importance of carefully checking the validity of a speed restriction before accepting a Fixed Penalty or pleading guilty to a Summons. If in doubt, it is always worth getting legal advice from an experienced Solicitor.

If you are concerned that you may have accepted a Fixed Penalty or been wrongly convicted of a speeding offence on the A378, or would like us to check the validity of any other speed restriction, why not contact us now for advice?