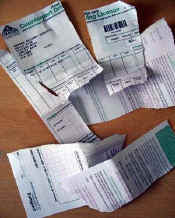 The Institute of Advanced Motorists (IAM) has recently claimed that drivers are continuing to drive on Britain’s road’s despite amassing a large number of penalty points for various motor offences.

The examples they gave were:

In fact cases like this are very rare, although  of course it makes a good headline for the IAM and the media!

The reality is that if a driver reaches 12 points for offences committed within 3 years of each other, the Court has to disqualify, for at least 6 months, unless the defence can prove that this would cause exceptional hardship. In practice, exceptional hardship applications are carefully examined by the Court and can be particularly difficult for unrepresented motorists to prove.

Is your driving licence at risk from points or totting up? Call our experienced team on 0808 250 7430