Penalty Points and Totting Up – Avoiding a Driving Ban 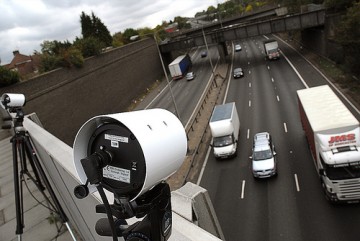 Many drivers have experienced the worry of being caught by a speed camera and anxiously awaiting the arrival of a Notice of Intended Prosecution or Summons. With speed guns and cameras seemingly round every corner and increased police powers to issue Fixed Penalty Notices, it can now be very difficult for even the most cautious driver to avoid points. Most driving offences, such as using a hand-held mobile phone, carry at least 3 points and some even more. Speeding, for example, carries 3 – 6 and no insurance 6 – 8.

Build up 12 penalty points for offences within 3 years of each other and the Court has to disqualify you under the totting up system, you for at least 6 months, unless you can prove that a ban would cause exceptional hardship to you or someone else.

This can be hard to prove and the Court will thoroughly examine your case. Loss of job is sometimes, but not always, sufficient. Hardship to others, for example dependent family members, will often carry more weight than hardship to yourself.

In practice, some Courts have widely different interpretations of what amounts to exceptional hardship and some require more persuasion than others. If you do avoid a ban, you can’t use the same reason again for three years.

If for example you have 9 points and receive another three, you will be at risk of a totting up ban unless you can show exceptional hardship. However, if the Court imposes even a short disqualification, instead of points, totting up won’t apply. Although many drivers might prefer this, the Magistrates’ Court Sentencing Guidelines discourage Courts from using short bans to get round the totting up rules, although there are often legal arguments which can be put forward to persuade the Court to do so.

Recent government figures show that there are currently over 7,000 people driving legally with 12 or more points on their licences.

However, according to information revealed recently under the Freedom of Information Act, some motorists are still driving legally despite having considerably more than 12 points.

In practice, extreme examples such as this are extremely rare and arise out of very unusual circumstances, such as multiple offences dealt with at the same time or administrative errors.