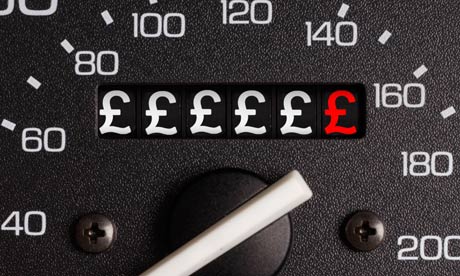 From the middle of next year, all driving licence records will be available online and paper licences will no longer be needed. Old style paper licences without photocards will however remain valid.

This means that insurance companies will be able to check traffic offence details when they sell policies. As a result, “honest” motorists could see premiums fall by up to £15 a year.

Insurers say that at the moment premiums are pushed up by the fact that they have to take account of the risk that drivers either do not tell the truth about points to get a lower quote, or simply make a mistake.

According to Cabinet Office Minister Francis Maude, most of the UK’s 40 million drivers will see falls in premiums:

“This will enable insurers, for example, to price much more accurately, because they will not have to take anything on trust,” he said.

Some experts have expressed concerns about the new scheme, pointing out notorious government IT disasters in the past, such as Universal Credit.  Others, including civil liberties campaigners, are worried about  security breaches and lost personal data which they fear could fall into the wrong hands.

Another concern is that inputting errors could lead to penalty points or a disqualification being recorded on the wrong licence without a driver’s knowledge, leading to higher premiums or even refused insurance.

How the system will actually work in practice remains to be seen.

In a further move to digital records, it was announced in December last year that paper car tax discs would also be scrapped.