There are currently almost 5,000 UK drivers with twelve or more penalty points placed on their licence within the last twelve months. These figures were revealed by the DVLA following a recent Freedom of Information Act request.

58 drivers had 20 or more points and one unnamed driver had a massive 45 points. The driver concerned 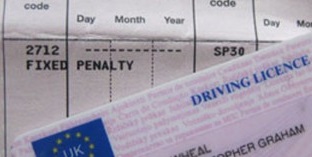 had a number of motoring convictions, all for offences of speeding (SP30) and failure to name driver (MS90).

If a driver reaches twelve points for motoring offences committed within three years of each other, the Magistrates’ Court usually has to disqualify under the totting up system, for at least six months, unless the driver can show that a ban would cause exceptional hardship to themselves or others.

Considering the number of UK licence-holders, it is striking how low the number of drivers is who have avoided disqualification on the grounds of exceptional hardship. In fact it shows just how difficult it can sometimes be to prove it. It also demonstrates the importance of legal advice and thorough preparation before going to Court.