The Industrial HGV Task Force (IHTF), set up last year to crack down on non-compliant operators in London, has prosecuted a number of hauliers and drivers for a variety of offences. 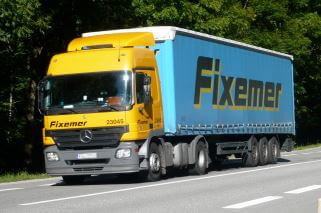 In a series of hearings at City of London Magistrates Court this month, one haulage company was fined £1,008 and ordered to pay £85 prosecution costs after one of its vehicles was stopped without an O-licence.

A scaffolding firm was fined £400 and ordered to pay £85 costs after an employee was caught at the wheel of a company vehicle without the correct driving licence.

An HGV driver was fined £405 plus £85 costs. after being stopped by the IHTF on three occasions and each time he was found to have taken out his tachograph card.

The task force is made up of officers from Transport for London (TfL), City of London Police, Metropolitan Police and the DVSA (formerly VOSA and DSA).

Since October, more than 1,600 vehicles have been targeted and stopped and more than 460 fixed penalty notices issued for a mixed bag  of offences.

As well as facing large fines and prosecution costs, transport companies which breach regulations or allow their drivers to do so may jeopardize their O-licence in the future.