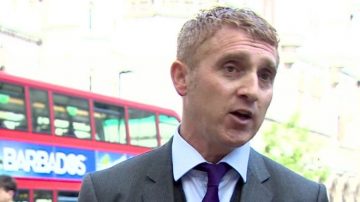 A parent who refused to pay a £120 fine for taking his daughter on an unauthorised term-time holiday has today won a High Court ruling in his favour.

Magistrates had ruled that Jon Platt had no case to answer because, overall, his daughter had attended school regularly.

Challenging that decision, Isle of Wight Council had asked the High Court to clarify whether a seven-day absence amounted to a child failing to attend regularly.

Two High Court Judges dismissed the council’s challenge. They decided that the Magistrates were correct in taking into account attendance outside the offence dates when determining the percentage attendance of the child.

They ruled that the Magistrates were entitled to take into account the “wider picture” of the child’s good attendance record outside the dates she was absent during the holiday.

Isle of Wight Council said the ruling left uncertainty and concern over the system and urged the Department for Education to look at it urgently. The government says it will now look to change the law.

Since 2013, tougher government regulations have meant head teachers can only grant leave of absence to pupils during term time in “exceptional circumstances”.

According to council data almost 64,000 fines were issued for unauthorised absences between September 2013 and August 2014.

Mr Platt, 44, took his daughter to Disney World in Florida in April 2015. Her school, on the Isle of Wight, had refused permission for the trip but he took her anyway and she missed seven days of school. He was then issued with a £60 fixed penalty fine.

After he missed the payment deadline, the council doubled the fine to £120, which he also refused to pay.

Isle of Wight Council then prosecuted him for failing to ensure that his daughter attended school regularly, contrary to section 444(1) of the Education Act 1996.

Mr Platt successfully argued there was no case to answer as the prosecution had failed to show that the child did not attend regularly.

Even with this and other absences, Mr Platt maintains her attendance remained above 90% – the threshold for persistent truancy defined by the Department for Education.

At the Magistrates’ Court, Mr Platt argued that it was not a crime to remove a child from school for a holiday.

The question was whether the child had failed to attend regularly and the Act does not define “regularly”.

The decision means that in future, Courts will have to take into account attendance outside the alleged offence dates when determining children’s percentage attendance.

We have considerable experience of defending Education Act prosecutions and a high success rate. If you find yourself facing either a council Fixed Penalty or even Court proceedings, we can help. Why not contact us now?