Driving otherwise than in accordance with a licence 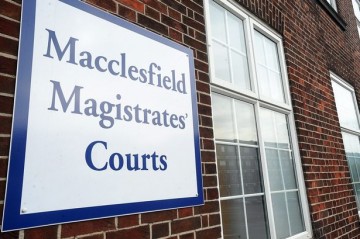 Our client was the holder of a full Category B car driving licence which he had held for over two years.

In December last year he borrowed a 16 seater minibus to drive friends and family on a weekend outing to London. Whilst on the M6 motorway in Cheshire, he was stopped by a Police Officer.  The Officer wrongly accused our client of driving without the correct licence and claimed that needed a category D1 licence.

Although our client did have the correct licence, and had previously checked this with both the DVLA and his insurance company, the Police wouldn’t allow him to continue driving and insisted on the owner of the minibus collecting the vehicle and continuing the journey.  Our client was fortunate that the Police didn’t also confiscate the vehicle, leaving him and his passengers stranded at the side of the road, as has happened in other cases we have seen.

Our client was then prosecuted for the offence of driving otherwise than accordance with a licence and the matter listed for trial at Macclesfield Magistrates’ Court.

Initially, the Prosecution refused to drop the case. However, Richard Silver pointed out that a person who holds a full car licence, Category B, is entitled to drive a minibus of 3.5 tonnes or less, provided he is over 21, has held his driving licence for two years or more, is not using the minibus “for hire or reward” and is not towing trailer. In these circumstances, you don’t need a Category D1 licence, but the officer didn’t realise this.

As a result of Richard Silver’s representations, and initially against strong Police opposition, the CPS eventually agreed to drop the case. Also, the Court agreed to make a contribution to our client’s legal costs and pay his travel expenses to Court in full.

Had he not been represented, our client might well have been convicted. As he already had 6 penalty points on his driving licence, he would then have been at risk of disqualification under the totting-up system. This would have jeopardized his job as a school caretaker.