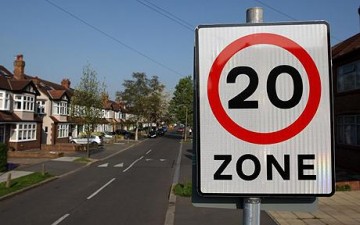 A recent study by the Bristol Post has revealed that the majority of local drivers, including police cars, ambulances and even council vehicles, ignore  the controversial 20mph limits.

Tests in four part of the city showed the average speed to be 26mph. One Police car was seen doing 27 mph without its emergency lights on.

Between March and September last year, an online petition calling for the Bristol 20 mph limits to be scrapped received over 8,000 signatures, but was rejected by the Council.

The controversial  new limits were imposed in 2014 and 2015. Similar zones can be found in other places, including York, Oxfordshire, Brighton, Darlington and Islington. Others are likely in the future.

Drivers caught doing between 24 and 31 mph in a 20mph zone can expect to be offered the option of a Speed Awareness Course, provided they haven’t done one in the previous three years. Otherwise, a Fixed Penalty of three penalty points and £100 is usually offered, provided the speed does not exceed 35mph. Caught speeding any higher, and the driver will almost certainly receive a Summons and face Court proceedings.