According to recent Ministry of Justice figures, the number of drink driving prosecutions is falling. For example in 2007, there were almost 75,000 such prosecutions, compared with just over 50,000 in 2011, the most recent figures available. The conviction rate, however, has remained almost constant.

Some may argue that the falling figures are evidence of reduced offending; others will suggest that they are a consequence of reduced police resources or changed enforcement priorities. 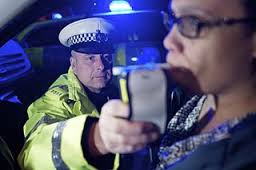 In 2011, driving with excess alcohol accounted for about 90% of drink and drug driving convictions. Convictions for other offences such as drug driving and failing to provide a specimen were much lower.

Those between 30 and 40 committed the most drink and drug driving offences. Those under 17 and those over 60 committed the fewest. Men accounted for 83% of all convictions.

Have you been caught drink driving? If so, have a look at our services to find out how we can help.