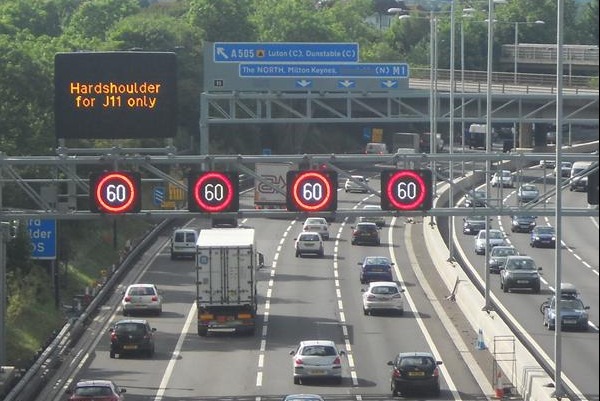 To kick off the New Year, the government is proposing to introduce a 60mph speed limit on the M1 motorway between Junction 28 in Derbyshire and 35a in South Yorkshire. The limit would only operate at certain times of the day, but is in addition to the variable speed limits the government has already proposed for this section of motorway.

According to the Highways Agency, the purpose of the new limit is to improve air quality. Some drivers may argue that it is intended to raise more money in fines. The section of motorway  affected is a critical link between Nottingham and Leeds, and is also close to other major cities such as Sheffield and Derby. The new limit would be enforced by gantry cameras and variable speed limit signs.

You can respond the the Highways Agency Consultation Document here:

The consultation opened on 6th January 2014 and responses must be in by 3rd March 2014.

Depending on the speed, anyone driver caught speeding, who is not eligible for a speed awareness course, is at risk of at least three penalty points on their licence.