We have considerable experience of Construction and Use prosecutions acting on behalf of both commercial vehicle operators, large and small, employed drivers and private motorists. Call 0808 252 7410 to speak to a solicitor.

The Construction and Use Regulations can be very complicated and cover a number of offences. These include worn tyres, defective brakes, tachograph misuse, overloading, dangerous loads and so on. Some, but not all, carry penalty points or disqualification. In the case of commercial vehicles, these offences are often prosecuted by DVSA (formerly VOSA), if not the Police.

For all endorsable Construction and Use offences,  such as defective tyres, the Court has to impose three penalty points and it can impose these points for every defective tyre. So far example 4 defective tyres on the same occasion could place you at risk of 12 points and a possible totting up ban. However, in most cases we are able to persuade the Court to impose only one set of points.

The Court cannot impose penalty points if you prove that you did not know and had no reasonable cause to suspect that the tyre was defective. Similar rules apply to other Construction and Use offences. This rule can protect van and truck drivers who rely on their employer’s assurance that a vehicle is in good order. We have considerable experience of these cases and a very high success rate in persuading Courts not to impose points.

However, the rules are not straightforward and specialist legal advice is advisable. Occasionally, expert evidence may be required. If so, we can obtain it for you. 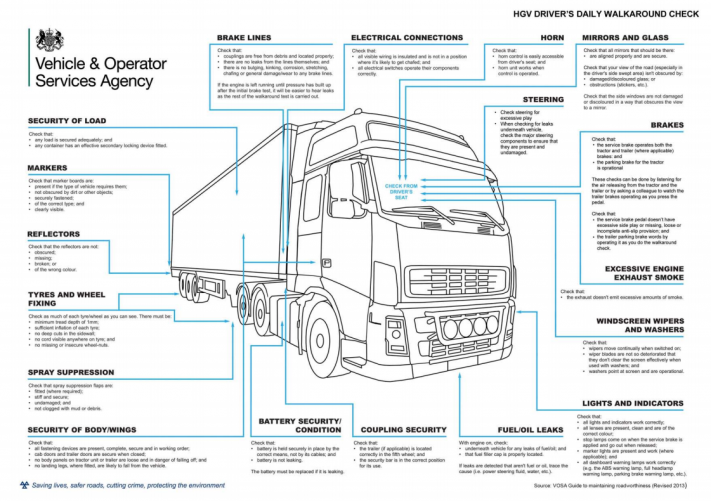 For HGV drivers, VOSA provides this useful guide about the daily checks HGV drivers must carry out to maintain safety standards for their vehicles. Evidence that you have followed this guidance will considerably help your case in the event of prosecution.

In all endorsable cases, it may also be possible to put forward “special reasons” for not imposing penalty points, for example because it was an emergency or the distance was very short. Again, specialist legal advice is advisable and we can help.

Is your Commercial Driving Licence at risk? – Our solicitors can help.

“I would take this opportunity of thanking yourself and Steven for your professional handling of this case which, as you are aware, would have had profound implications for this practice had the outcome not proved satisfactory.”