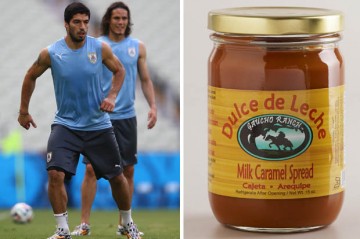 England’s chances in their crucial World Cup game against Uruguay on Thursday may just have been boosted by super-sharp Health and Safety officials in Brazil. Brazilian authorities confiscated the Uruguay squad’s caramel spread as the team arrived for the World Cup. The delicacy, known as dulce de leche, is very popular in Uruguay, but Brazilian officials claimed […]